The government work report disclosed a package of fiscal measures to stabilize the economy.

On May 22, the Third Session of the 13th National People’s Congress opened in Beijing. Premier Li Keqiang made a report on the work of the government.

A reporter from China Business News learned that the scale of the deficit, the scale of special treasury bonds, and the scale of local government special bonds in the government work report this year are in line with previous market expectations, and the fiscal policy is relatively strong.

In addition, another focus of fiscal policy this year is to optimize the structure of fiscal expenditures and improve quality and efficiency. For example, non-urgent non-rigid expenditures at the central level should be reduced by more than 50%, and funds will be used for people’s livelihood and expenditures in key areas.

Li Keqiang said that a proactive fiscal policy should be more proactive. This year’s deficit rate is planned to be 3.6% or more. The fiscal deficit will increase by 1 trillion yuan over last year. At the same time, 1 trillion yuan of anti-epidemic special treasury bonds will be issued. This is a special move in a special period. All of the above 2 trillion yuan will be transferred to local governments and a special transfer payment mechanism will be established. The funds will go directly to the basic level of cities and counties to directly benefit enterprises and the people. They are mainly used to ensure employment, basic people’s livelihood, and market entities, including support for tax and fee reductions. Rent and interest rate cuts, expansion of consumption and investment, etc., strengthen the nature of public finances, and never allow embezzlement.

A number of fiscal and tax experts told China Business News that the further increase in the scale of the fiscal deficit will help ease the contradiction between fiscal revenue and expenditure, support local governments to protect people’s livelihood and ensure operations, and also support large-scale tax cuts and fee reductions to reduce burdens for enterprises, which has released a positive signal. Conducive to stability and boost market confidence.

Generally, during the economic downturn, my country will adopt a proactive fiscal policy, and increasing the fiscal deficit rate reflects the further increase in policy stimulus.

At the same time, the increase in the fiscal deficit rate is also an important tool for proactive fiscal policy, which is conducive to the implementation of the “six stability” and “six guarantees” and supports large-scale tax cuts and fee reductions. According to the State Council’s estimates, the new and old tax and fee reduction policies are expected to reduce the burden of enterprises and other market entities by 2.5 trillion yuan this year.

At present, my country’s debt risk is controllable, which also objectively supports the short-term increase of the fiscal deficit rate. According to data from the Ministry of Finance, as of the end of 2018, my country’s government debt ratio (debt balance/GDP) was 37%, of which the local government debt ratio was 76.6%, which was significantly lower than the internationally accepted warning standard of 100%-120%.

Different from ordinary national debt, special national debt is a national debt issued to serve specific policies and support specific projects. It is not included in the general public budget. Its issuance does not affect the size of the deficit and the deficit rate, but it is still government debt. The scope of use of this special anti-epidemic treasury bond focuses on the grassroots government, and the scope is wide, which is conducive to alleviating the pressure on grassroots three guarantees.

Recently, there has been heated discussion about the central bank’s direct purchase of anti-epidemic special treasury bonds in the primary market, that is, whether the fiscal deficit can be monetized is not yet clear. However, most experts and scholars do not support the monetization of fiscal deficits.

The biggest tax cut and fee reduction in history

Li Keqiang said that he would increase tax and fee reduction efforts. Strengthen phased policies, combine with institutional arrangements, release water to raise fish, and help market players to relieve their development. This year, we will continue to implement systems such as lowering the value-added tax rate and corporate endowment insurance rates, and increase taxes and fees by about 500 billion yuan. The tax reduction and fee reduction policies that expire before June have been introduced in the early stage, including exemption from the payment of pension, unemployment and work injury insurance units for small and medium-sized enterprises, reduction and exemption of value-added tax for small-scale taxpayers, and exemption from public transportation, catering and accommodation, tourism and entertainment, and culture The value-added tax for sports and other services, the reduction or exemption of civil aviation development funds, and port construction fees, are all extended to the end of this year. Income tax payment for small and micro enterprises and individual industrial and commercial households will be postponed until next year.

He said that it is expected to reduce the burden of enterprises by more than 2.5 trillion yuan throughout the year. We must resolutely transfer the tax and fee reduction policy to enterprises, so as to keep the green hills and win the future.

Specifically, this year’s tax and fee reduction policy reflects the simultaneous implementation of institutional arrangements and phased policies, focusing on reducing the tax burden of small, medium and micro enterprises, individual businesses and enterprises in difficult industries. In addition, the effective social insurance premium reduction and exemption policies for small, medium and micro enterprises in the early period have continued until the end of the year, and the general delay in tax payment for three months has been extended to one year.

To cope with the impact of the epidemic, it is necessary to stabilize the economy to stabilize investment, especially government-led infrastructure investment. Stable investment is an important financing tool. Local governments have added special bonds. In recent years, the scale of special bond issuance has continued to expand, and this year is a record high.

Special bonds are government bonds issued by local governments for public welfare projects with a certain amount of income. The funds raised are used for the construction of major projects such as infrastructure. They are called “Chinese version of municipal bonds.” Since the special debt emphasizes the balance between financing and income, it is not included in the scope of deficit statistics. The expansion of the special debt reflects the active fiscal policy.

In 2015, China issued the first local special bonds with a scale of 100 billion yuan. Since then, the scale of special bond issuance has continued to expand, reaching 2.15 trillion yuan in 2019.

In order to give full play to the role of special debt funds in stabilizing investment, the State Council has made major changes to the investment direction of special debt this year. At present, special bonds have been invested in infrastructure such as municipal construction, transportation, education, science, culture, and health services, agriculture, forestry, water conservancy, ecological environmental protection, and energy projects.

In May, the Ministry of Finance optimized the investment direction of special debts, including new infrastructure such as 5G, data centers, artificial intelligence, public health and emergency medical treatment, and the transformation of old communities in cities and towns. These are already in the local debt issuance in May. reflect.

Not only has there been a significant change in investment direction, local governments have also actively used special debt to raise capital for major projects that meet the requirements. This year, this proportion has increased to 25%. In the first quarter, a total of 67.63 billion yuan of special bonds were used as project capital and invested in 130 projects across the country, a significant increase from last year. The use of special bonds as capital can give full play to the leverage of funds (approximately 2 times), and better bring out the benefits of funds.

Li Keqiang emphasized that this year we must vigorously optimize the structure of fiscal expenditures. Basic people’s livelihood expenditures should only increase without reduction. Expenditures in key areas should be effectively guaranteed. General expenditures should be resolutely reduced. New buildings and halls should be strictly prohibited, and extravagance and waste should be strictly prohibited. Governments at all levels must really live tight. The central government must take the lead. The central government has arranged for negative growth in expenditures. Among them, non-urgent non-rigid expenditures should be reduced by more than 50%. All types of surplus and deposit funds must be collected and re-arranged. To vigorously improve quality and efficiency, various expenditures must be carefully calculated, every money must be spent on the cutting edge and important points, and the market entities and the people must have a real feeling.

China’s current fiscal expenditure scale exceeds 30 trillion yuan. How to make good use of this fund and give full play to the efficiency of fund use is also an important connotation of the current active fiscal policy.

The government continues to stay tight and drastically reduces non-rigid key general expenditures, which has become a highlight of this year’s fiscal policy. 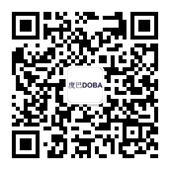